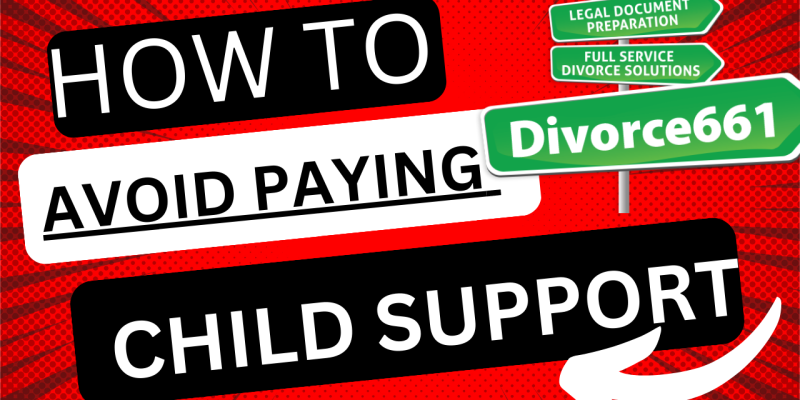 It’s actually quite easy we get a lot of flack on this on social media on YouTube people upset about us telling folks how to avoid paying child support.

But we’re not telling people how to get out of paying child support we’re simply saying for our amicable divorce clients that if you do not want to have an official child custody order as part of your divorce we can make that happen.

We’re not breaking any rules we’re not cheating the system.  There’s a process with the court where we can ask for what’s called a non-guideline order.

So in every settlement agreement that we draft for our clients we have to include a child support order, we can’t just say it’s waived, a lot of people say they want to wave it you can’t do that.

And here’s what’s happened so we do the calculation and on the child support order we write down, yes, child support  calculated shows x amount of dollars however we’re asking for a non-guideline order per the agreement of the parties that they wish the child support to be set at zero as opposed to the amount calculated and in doing so essentially will not harm the child

That’s how we do it if you’re looking to get a divorce and not have child support.  And doing your own divorce it’s going to be very difficult because you’re not going to know the legalese that has to be included in the divorce to make this happen.