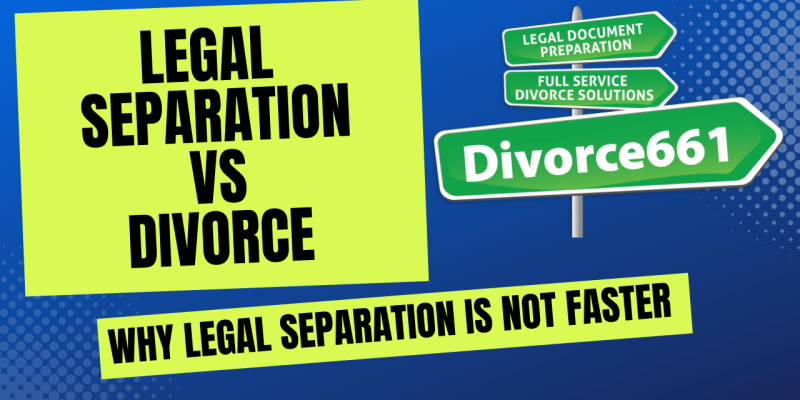 Legal separation process is not faster than the divorce process.

We get calls where people are asking about legal separation and I’ll usually ask them are you doing this because you’re never going to get married again or for religious reasons.

And usually the answer is because they think it’s faster to go through the legal separation process than the divorce process. Now you would think it would be because there is no six-month waiting period,  I understand why you’re thinking this.

However on in practical terms when going through the process it follows the same timelines as the divorce process does. Meaning we have to file a petition for legal separation, it has to be served, a period of time has to go by before we can submit the judgment, and once the judgment is submitted, depending on what county in California you are in, it’s going to take two to three to four months to process that judgment.

And until the court signs off on that judgment your legal separation case has not been finalized and this is the same process that’s going to go through with the divorce case.

It’s not going to be done any faster so if you’re thinking of legal separation versus divorce because you think it’s going to get you there faster it’s not.